Community Is More Than Likes and Follows

You cannot force community, but if you are an business leader and are not working to create more conversations and collaboration in your industry…. you are missing the boat. Likes, links, shares, and follows are not the root of real relationships.  Yes, there are some who can point to having built real friendships from online activity, but that is the exception, not the rule.

I had a conversation with a young entrepreneur who said “joining associations and supporting community organizations is OLD SCHOOL”.  He went on to say that networking is a waste of time and that his generation is rejecting that notion. He saw little reason that his geography mattered and he only lived in the city he did cuz it was fun for young people. The future of the community over the long run was not his concern.  He said if the economy of the city failed, he would move to another location.

He had a negative outlook on “networking”.  I asked him if it was beneficial to have long-term and mutually beneficial relationships in his industry or community?  He said “Minimally”.  He was sure that his company would thrive and that he did not need to have personal reputation. He was clear that his outlook was modern and mine was ancient.  He shared with me how VC’s and other investors were chasing him, and that those who funded him were not interested in a friendship.  They just wanted him to make money. That mutual friendship was nothing in business.

Well, I disagree.  I think the old saying “People do business with those they know, like, trust, and respect” is as true today as it ever was.  I have seen many people miss opportunities because someone else had the connections.

Yet I understand that the world has changed and how people look at cultivating relationships has changed.  Those who grew up in a digital world and navigated the “social distancing” era are used to not being face-to-face as often.  This is not a bad thing. I have always preached that you have to do what works for you when it comes to the business and social relationships.

As I have gotten older I have learned that the lenses through which I see the world are not the only lenses.  There are different ways to achieve success in any effort.  Thus, the young entrepreneur (who told me I was too old to understand how business works now) will most likely be very successful.  Yet I wonder if the truth lies in the middle.

What if we did both. A person who could champion in-person relationships and digital connections might be the person who has the most success.

A friend’s son was passed over for a big promotion. The job went to a person who chose to not work remotely. The new VP was in the office most days, and that was the reason she got the job. The person who expected the new role was mad at his boss, as the company had said that you could work remote if you wanted, and that was not a problem.  But when the promotion decision was made, it was given to the person who had put in face-time.

What do you think?  Is the day of industry associations with in-person meetings a thing of the past? Are all businesses better off if they are fully remote?  And what about companies like Tesla and Goldman Sachs whos CEOs have pushed for everyone to come back to the office.  Are these companies obsolete or will they triumph over competitors in the long run?  Is there only one way to do business and grow a career?

There are many ways to build community – but my best friends are still the people I have seen in person and shared many experiences with in real life.  While I am active on social media and use many digital communication tools, the people whom I trust are those I see in person.

I asked my friend’s son “who is invited to stay at your cabin in Tahoe?”.  The answer is his close friends.  I pointed out that I did not expect a random Twitter follower who liked his posts was coming to visit (that would not be the norm).  So why should he think his being active on Slack would be equal to being in the office daily?  He reluctantly agreed.

What do you think? I want to hear from you, especially if you are under 40 years old.  Does networking and real shared in-person experiences matter in the world we now live in?

Thom Singer is the CEO of a non-profit community organization and a professional keynote speaker.  Check out his podcast: “Making Waves at C-Level” on Apple and Spotify. 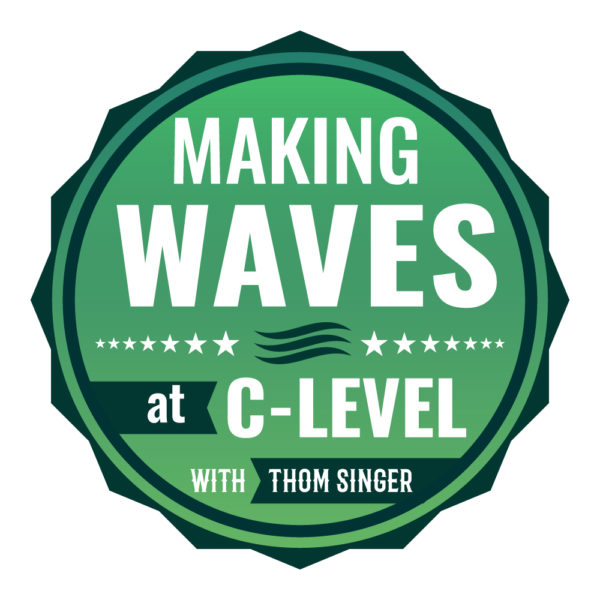