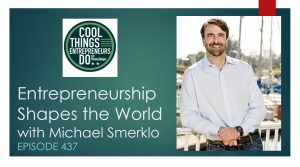 Michael Smerklo is the Co-Founder and Managing Director of Austin-based venture capital firm Next Coast Ventures. NCV provides early-stage capital to high-growth startups in ‘Next Coast’ markets, using macro trends and themes to guide their investment strategy.
Michael has been in the technology industry for almost 20 years as an operator, investor and board member/advisor. Michael currently sits on the board of NCV portfolio companies Tenfold, Navegate, LeanDNA and AlertMedia. He serves as a board observer for NCV portfolio companies EverlyWell, Stoplight and Cloverpop. Previously, he served on the board of OnRamp (acquired in July 2018) as well as SPS Commerce (NASDAQ: SPSC).
Prior to founding NCV, Michael was an investor and advisor to emerging growth companies in Silicon Valley and Austin, Texas from 2014-2015 via his personal entity, True North Ventures LLC. From 2003 to 2014, Michael served as CEO (and Chairman from 2008-­2015) of ServiceSource International, a company he acquired via a search fund, at a time when the company had one office, 35 employees and a few million dollars in revenue. Under Michael’s direction, ServiceSource grew from a groundbreaking idea into a publicly-traded company that is the market leader in Recurring Revenue Management (NASDAQ: SREV). Michael was named Ernst & Young Entrepreneur of the Year® Award Finalist in Northern California in 2010. Michael retired as CEO in 2014 and from the Chairman role in 2015 as part of his planned relocation to Austin.
Prior to ServiceSource, Michael was an early employee at Loudcloud (renamed Opsware), working closely with Marc Andreessen and Ben Horowitz in Business Development. He previously worked at Morgan Stanley (Silicon Valley Technology Investment Banking), Lehman Brothers (M&A) and Ernst & Young (Audit, CPA).
Michael received his MBA from the Kellogg School at Northwestern (with distinction) and a BS in Accounting from the Miami University (Ohio). Michael is an active member of Young President Organization (YPO) in Silicon Valley. He is also an active blogger, focused on the Entrepreneur’s Journey, on his personal site www.mikesmerklo.com.